BELZEBUBS: The only responsibility we have is to ourselves

They come from Finland, play blackmetal, have recently released new album, and besides everything - they are depicted as drawings. Two major heroes of the Belzebubs comics series, as well as members of the eponymous band Sloth and Hubbath provided an exclusive interview for us. If you would like to know more from the history of the band, about their new album, private life or musical experiences or plans - stay tunned.

Your band was found back in 2002. Who and why did come with the name BELZEBUBS?

Sløth: We had a different name in the beginning, actually, but people kept misreading the logo I’d made as BELZEBUBS, so we officially switched to that.

On your website there is a note that there were numerous personal changes in your band. But it was only the drummer who was changing. Why were you looking for the appropriate drummer for such a long time?

Hubbath: Have you ever needed to search for a drummer? It’s rough, man. Either people don’t want to play black metal, they suck behind the kit, or then they’re complete assholes themselves.

Hubbath: I’m just speaking from my own experience, of course. But it wasn’t just the drummer issue, you know. Since Sløth was in and out from the band thanks to his family life, we tested out other options, too, but that didn’t pan out at all. Obesyx, Sløth and I just have this solid chemistry that makes us us, you know. And I do feel that Samaël is the missing link we’ve needed throughout these years. Our band feels complete now.

How did Sam get into the band? Why did you choose him?

Sløth: My daughter actually introduced him. We gave him a shot and man, he fucking delivered!

Hubbath: Yeah, the lad proved out to be a real beast. He was a bit flimsy with blastbeats at first, but we didn’t mind, as he brought in a whole new skillset we didn’t have yet. He’s into more progressive stuff—Tool, Opeth, Porcupine Tree, Rush, Pain of Salvation—so he threw in all these neat polyrhythmic details, odd time signatures and shit during the audition. We knew right there and then that this was the guy, despite his young age.

You were on hiatus for a few years. What was the reason?

Sløth: Well, things didn’t really pick up for the band, so I focused on just staying at home and doing odd jobs on the side.

Hubbath: I wouldn’t really call it a hiatus, as we’ve tried to push things throughout the years. We’ve just encountered a shit-ton of bad luck, too, so things haven’t proceeded, well, anywhere. So starting from crooky managers to shady labels, getting conned out of money and having ourselves banned from concert venues, etc. we’ve seen it all.

Sloth, how did your family cope with fact that you’re back in the band?

Sløth: They’re very supportive. They know this is my dream and that I’ve fought tooth and nail to get here, so they’ve got my back. It’s slightly easier now, that the kids are a little older, too. I’m not needed around the house 24/7, you know.

How do you manage and combine your family life and band duties?

Sløth: It’s always a struggle, and you feel torn no matter where you are, always feeling like you’re in the wrong place. But I mean, once you spend a week nursing ill-behaving and whining brats who’ve crapped their pants and vomited all over the place, you just really want to pack your bags and go home, you know.

Hubbath: That was once, and in my defence, we all got the runs.

Sløth: It was the murgh thali from the Indian place, I admit, but I guess my point being, that it’s difficult being away from your loved ones, of course. Especially when the kids are young and still miss you back home.

What your kids think about daddy in black metal band?

Sløth: Oh, I dunno, I guess Leviathan sort of looks up to me at the moment, but I really can’t say anything about Lilith. I guess I’m just embarrassing, you know.

You have already secured your cult status in the black metal genre with your debut album Quis Novit Daemonis Astus (2006). Have you been playing a lot before your hiatus? Where?

Hubbath: Not an awful lot. As said, we had “tours” booked in for example Estonia, Latvia, Lithuania, but that never happened as our tour manager just disappeared with our money.

Sløth: Didn’t we play a wedding in Sweden once?

Hubbath: Or was it Åland? I can’t recall.

Speaking about your cult status: Do you feel a lot of responsibility to come with the new studio album Pantheon of the Nightside Gods after ten years and after the hiatus mentioned before?

Hubbath: To some extent, maybe. But the only responsibility we have is to ourselves, you know, so as long as we’re happy, all’s good.

Sløth: Yes, we are focusing on doing our own thing and that’s all that matters.

How did you feel before it has been already released?

Sløth: Sure we had moths in our stomach, it’s both exciting and a little intimidating to wait what the reaction will be, but frankly we had so much to do all the time, there was little room for panic. 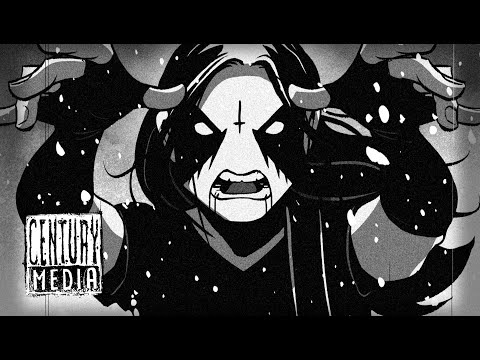 How long did you record it and where have you done it?

Hubbath: We recorded it around October - November at Hellhole Studios with our old pal Fuzzy, who we’ve known since forever. The material was mixed and mastered by the legendary Dan Swanö, who did an amazing job balancing the blastbeats, orchestrations and everything. Not an easy task.

What are the main differences between your previous two albums and your new one?

Sløth: Our roots lie in pretty straightforward Scandinavian black metal, but this album ventures into new, untrodden territories for sure. The hiatus did us good, I think, and we’ve grown as musicians and people, in a way.

Hubbath: Yes, and now with Sam behind the kit we felt more comfortable testing out new things, prog elements, death metal aesthetics and all that. Each recording is a fingerprint of its time, you know.

Are there any common signs between them?

Hubbath: To me they all sound different, so it’s difficult to say.

Sløth: Yeah, we might be the wrong blokes to answer that.

There are lot of high ranked reviews of your new album. How do you feel about it?

Sløth: Good, of course. We generally try to keep our heads down and just focus on our own thing, but we’ve been tagged into some reviews, so you get a vague idea of how things are going.

Hubbath: The album has done well, and we’re pleased to see so many people jump onboard the band wagon. We’re not your typical band, so we’re an easy target for prejudice and jest, but a lot of the reviewers have admitted that they had to readjust their opinions after hearing the record. That’s always a good sign.

Could we expect more videos after Cathedrals of Mourning and Blackened Call?

Sløth: Eventually, yes, but we have a ski lodge to pay for before that happens, I’m afraid.

There were two guests in Cathedrals of Mourning. Keyboard player and a woman. Who were they?

Sløth: Well, we had Desibelius on keys, who actually did the keys and orchestrations for the whole album. I’d say he’s one of the most underrated composers working in the business. The female vocalist was none other than Skvllcraft, who also was kind enough to collaborate on several songs.

What other guests could we find on your album?

Sløth: Mørkrost and Trvebadovr provided some clean vocals for the record, alongside the omnipotent ICS Vortex.

Hubbath: Yeah, what an amazing guy. Turned out he’s been a fan of us since our early EP’s! We were quite honored to have him onboard.

Sløth: Agreed! And I guess last but certainly not least we must mention Antikrist, right? He’s an industry legend and an absolute animal. He delivered the bass tracks on the Crowned Daughters and Dark Mother. Looking forward to working with him again.

Are you planning the tour to support your new album?

Hubbath: Well, we’d like to, but the ski lodge…

Sløth: We’re currently trying to see if it’s a possibility, but we don’t mind keeping our heads cool for now. I mean, we’d really like to do this properly this time around.

Have you ever been to Slovakia?

Hubbath: No we haven’t! We’d like to remedy this.

What message would you send to your Slovak fans?

Sløth: Thanks for reading and hail Satan to all our fans!

Hubbath: See you around, we hope! 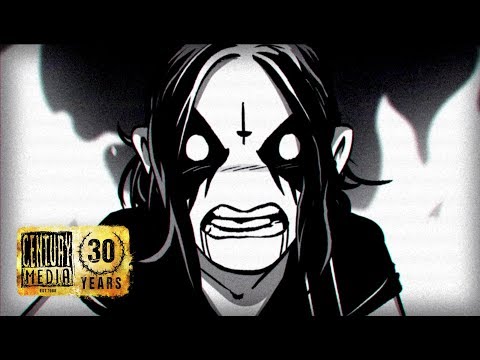 Ako na to: Nahrávame gitaru a basovú gitaru do počítača 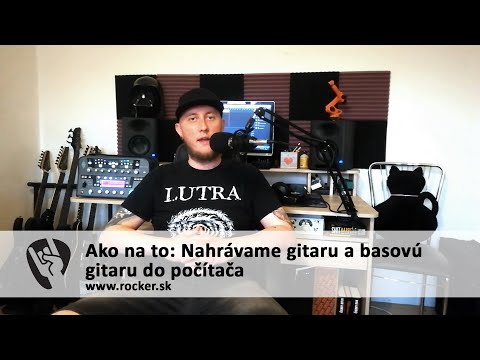